The nursery school element of the Rosedale Community Primary School was formerly opened this afternoon, Friday 25 January 2016. Unfortunately, Lady Anne McIntosh who was due to perform the ceremony, broke her wrist in London and was unable to travel North. Janet Frank, the Ryedale District councilor for the Dales Ward, kindly stood in to cut the ribbon and then the cake. 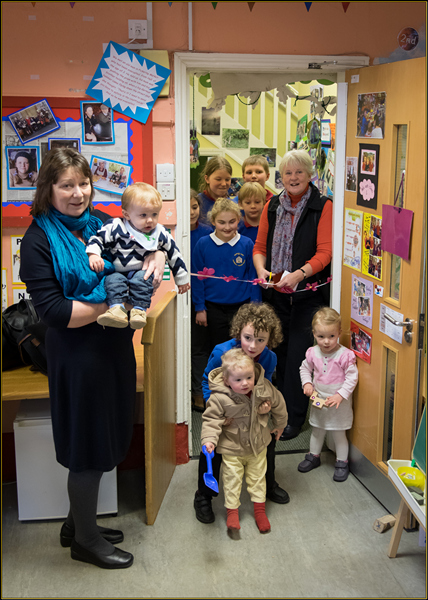 Cutting The Ribbon – Nicola Johnson, head of school, on the left. 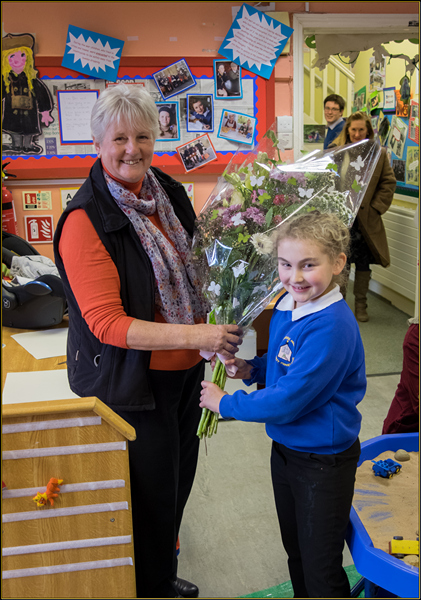 Olivia Dring , a pupil at the school, presents a bouquet  to Janet. Hungry tummies waiting for the cake to be cut!

The nursery has three infants signed up already. Further details for the nursery and the primary school are available on 01751 417278 or e-mail at admin@rosedaleabbey.n-yorks.sch.uk