Archive for the ‘Walks’ Category

Natural England have announced the temporary removal of open access to the old railway line from Reeking Gill around Dale Head to Blakey Junction from 8 July to 30 September to allow essential work to be done restore the path as part of the Land of Iron project- see the flyer for details:

Signage has been put by NYMNP at 16 access points to the line around the dale.

The Walking Festival was blessed with warm weather with a good turnout of a mixture of regulars and many first time visitors.

The first of the combined Rosedale walking and heritage festival went well, with good weather on both days for the walkers and lots of visitors to the Rosedale History Society and Land of Iron heritage information stands. The combined format was a great success, with a lot of very positive feedback from walkers and visitors, such that the final number for this year’s event are around 121 walkers or 50% more than last year, a great tribute to the tireless efforts of Kate Jones and Ian Thompson in organising and promoting the event, to all those who volunteered their time and expertise as walk leaders and to the Rosedale History Society and the Land Of Iron project for their fascinating stands. Watch out for details of the 2019 festival! 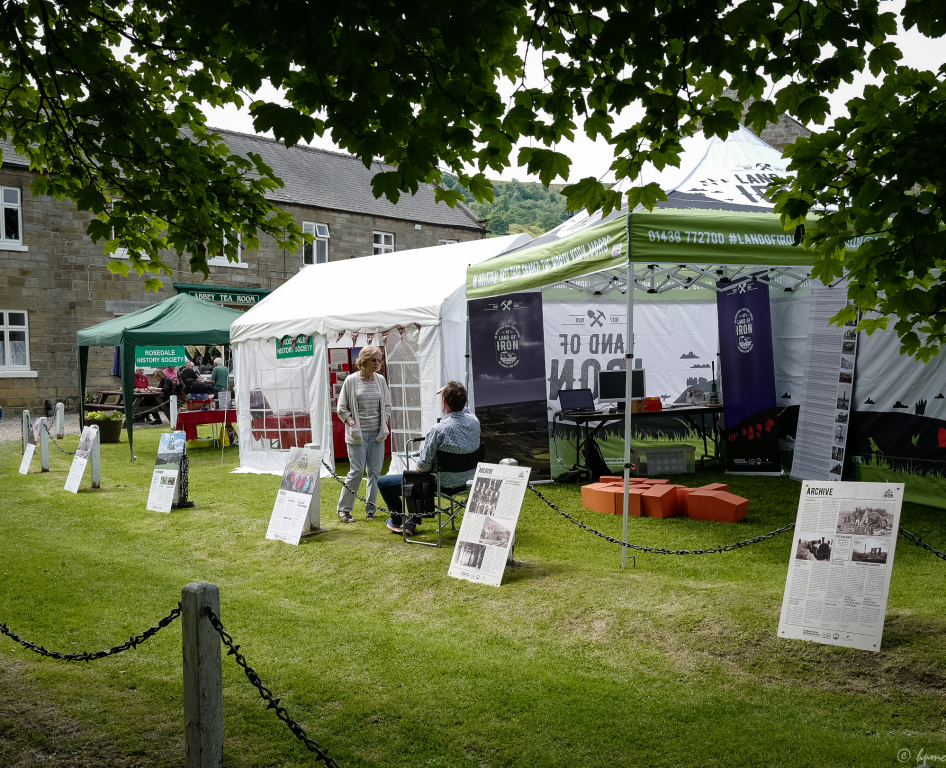 Day 1 – Linda and Tom waiting for the onrush of visitors 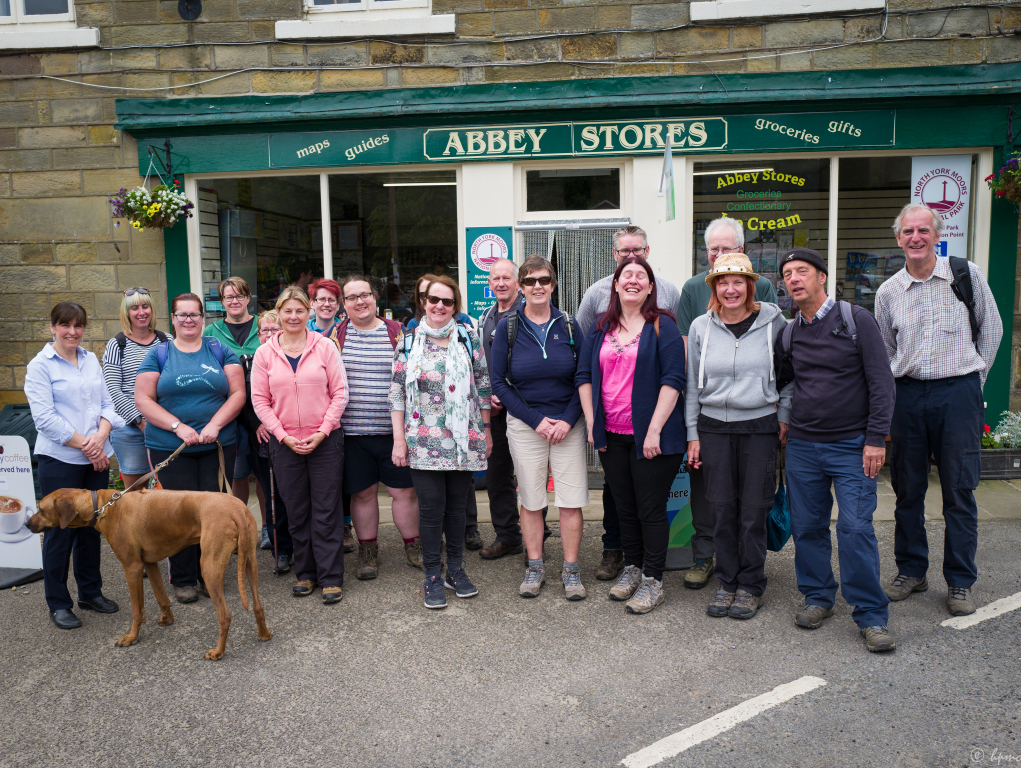 Day 1 – The tea shop walkers about to set off, led by Ian Thompson on the right 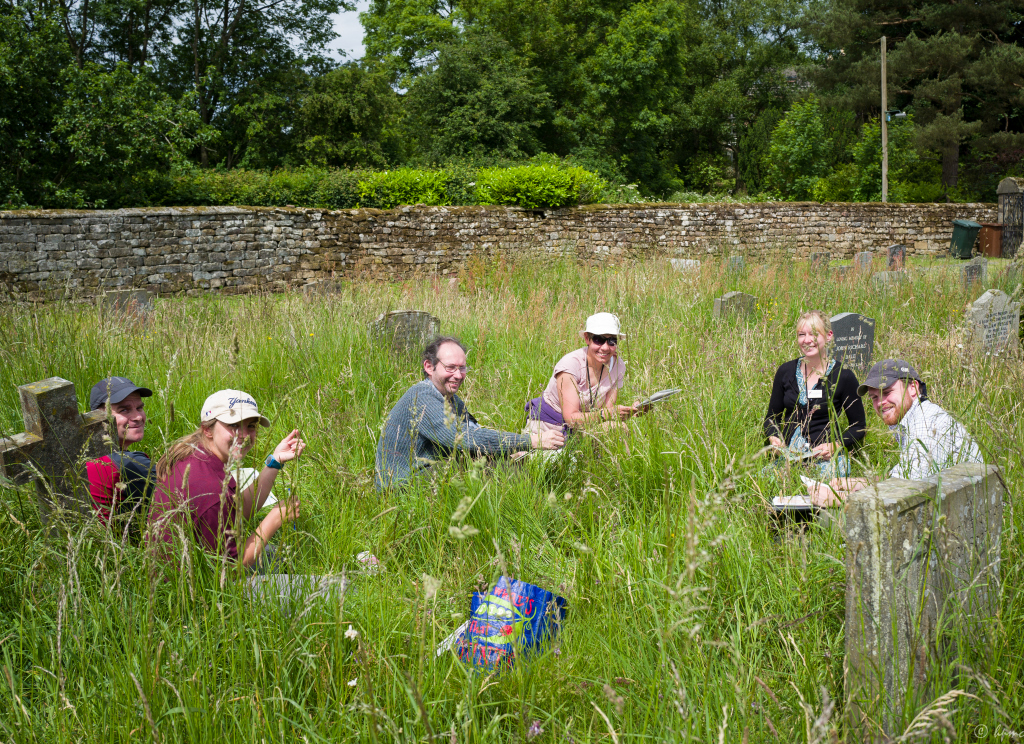 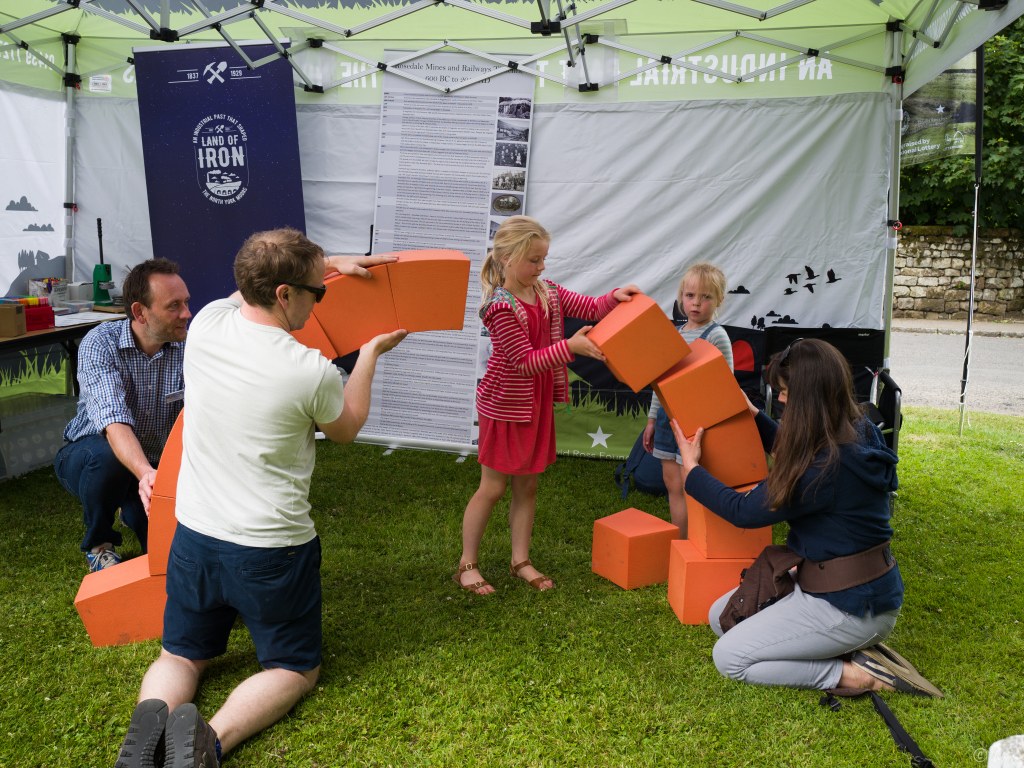 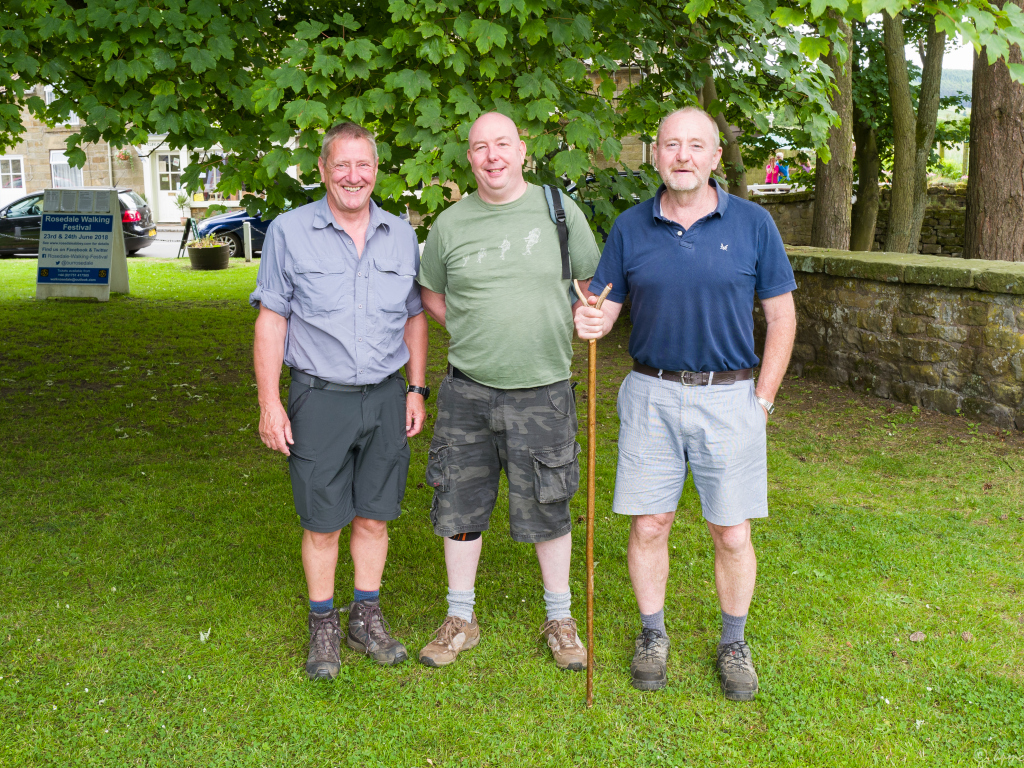 Day 1 – Dave Oakey and his beerminders getting ready to meet their group. 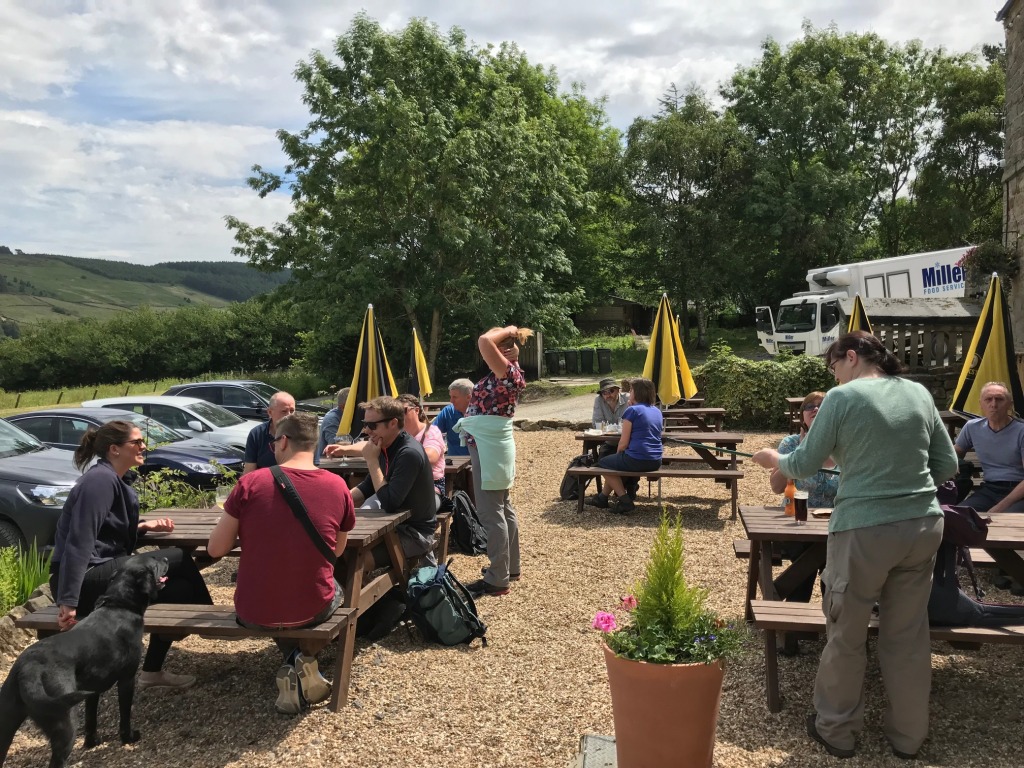 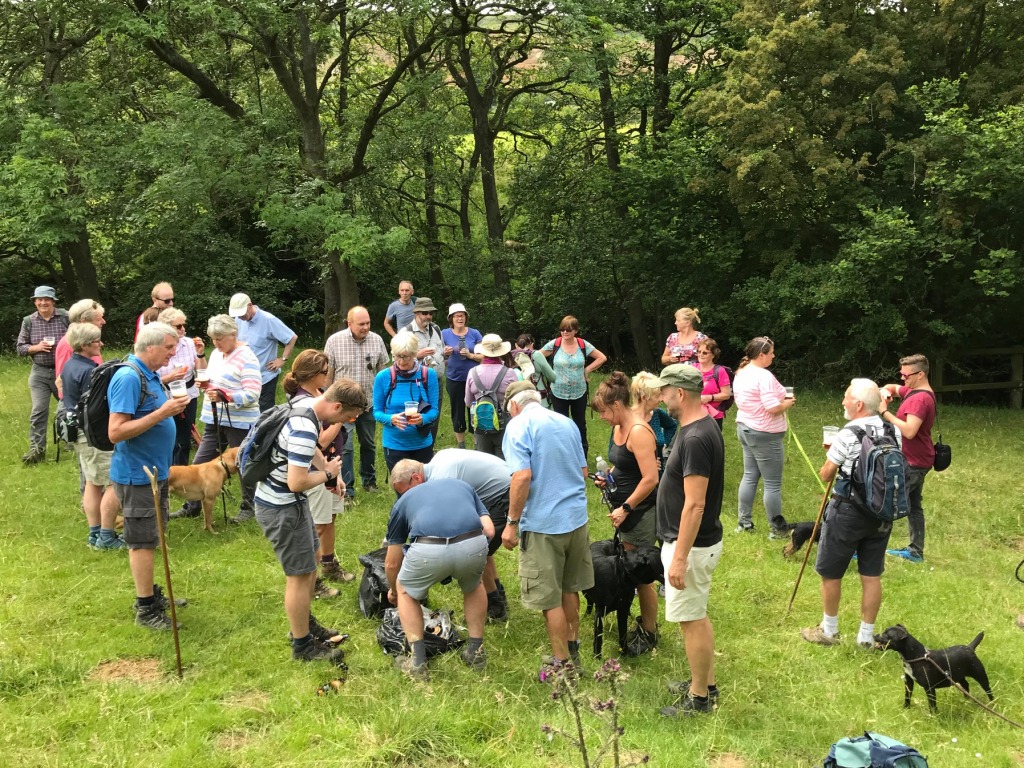 Day 1 – An hour or so later, the Ale House Walkers cooling down with a stash of river temperature beer! Photo by Dave Oakey 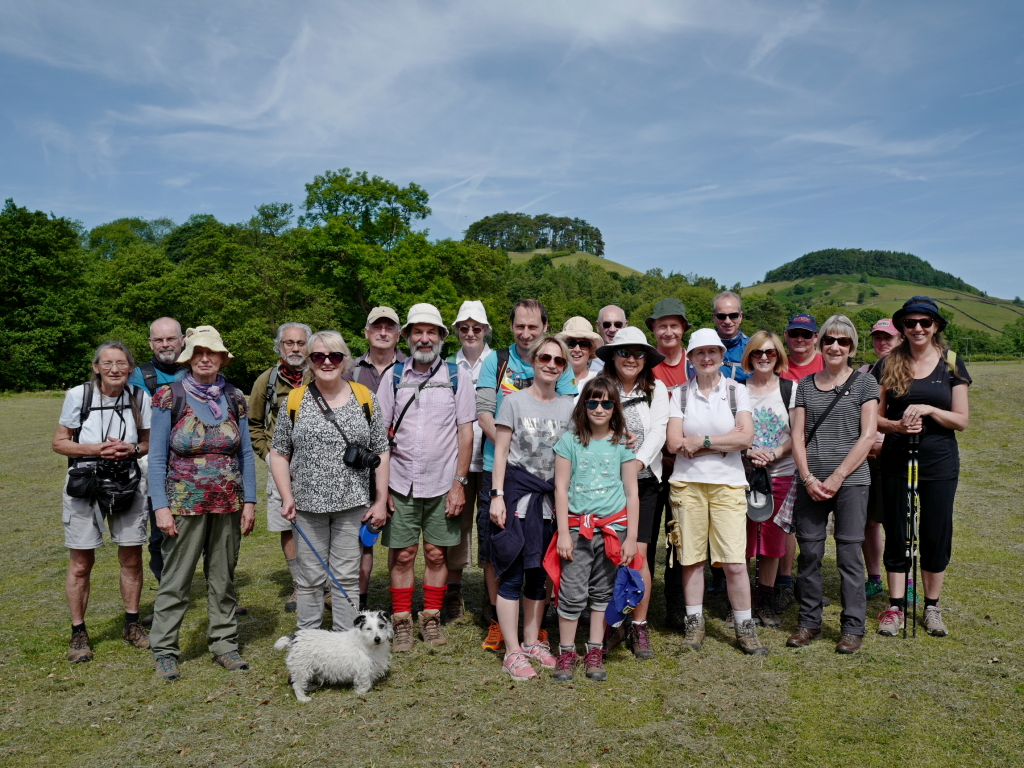 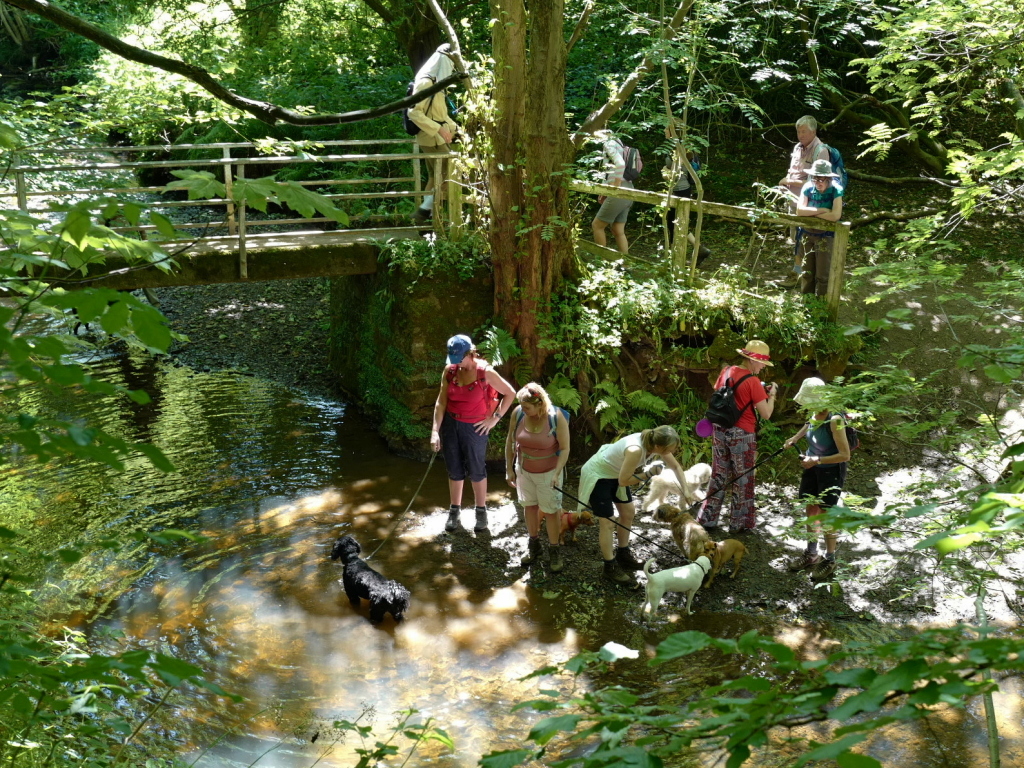 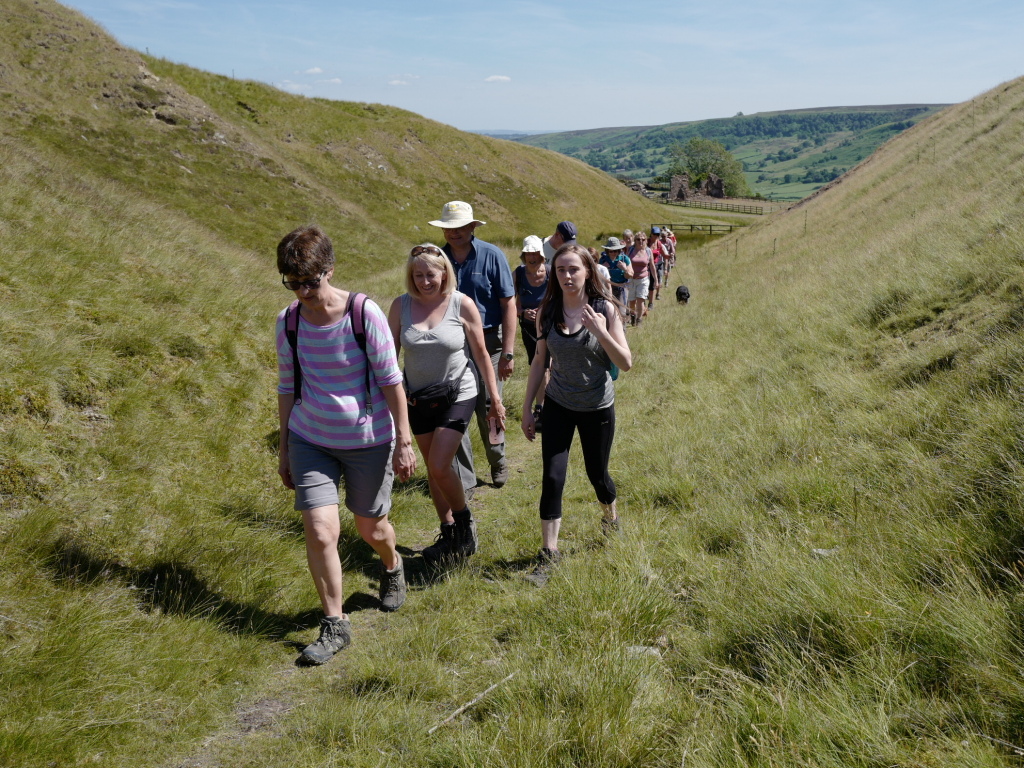 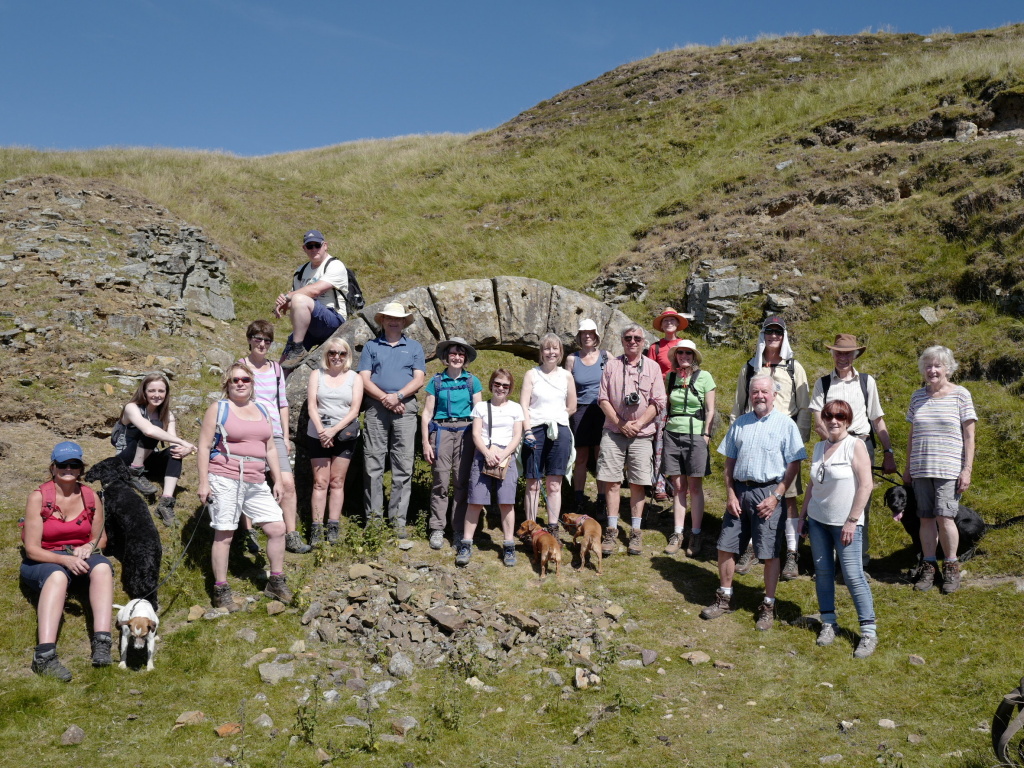 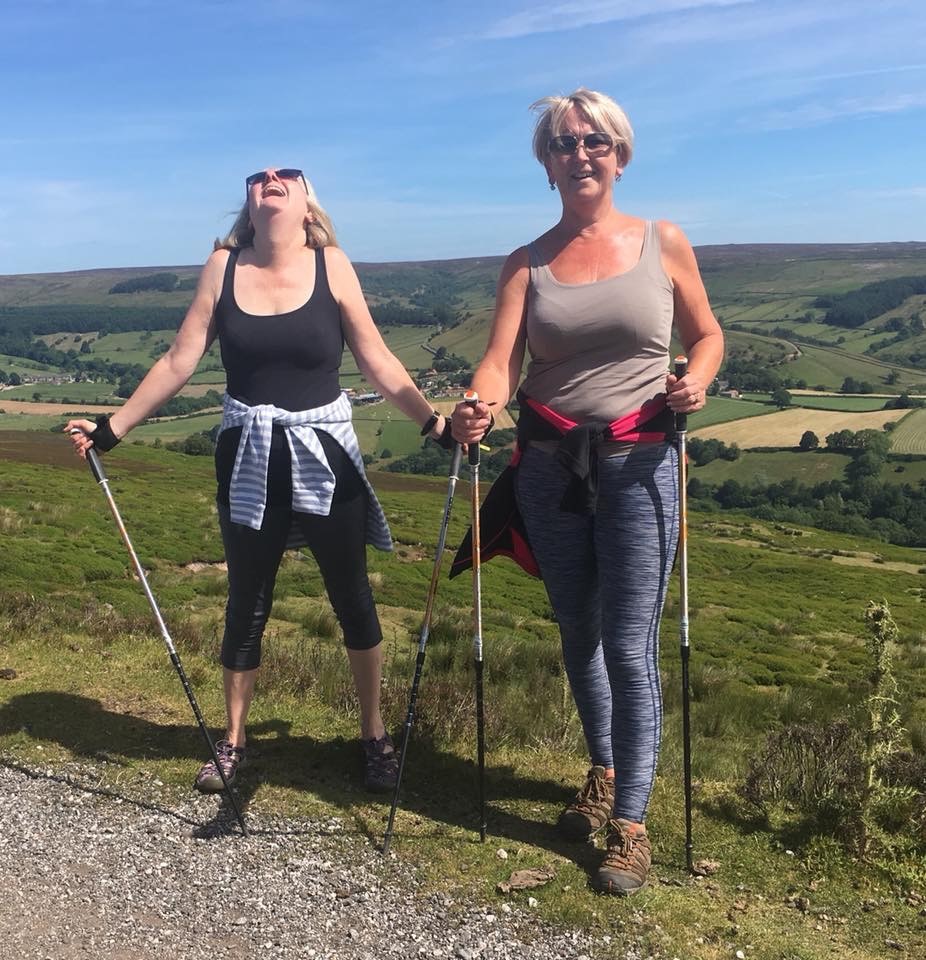 On Saturdays and Sundays until the end of September Moorsbus connects Rosedale with the rest of the world.

Not only can visitors from the region get to Rosedale Abbey for its walks, tea rooms, accommodation and other attractions, but Rosedale residents can get to Pickering to connect with other services.

Five services on Saturdays make it possible for locals to get to Scarborough for over a four hour visit. And four services on Sundays connect with Pickering as well as giving locals a direct morning service to Ralph Cross and Danby.

Using the bus also gives locals and visitors some great choices of ‘Buswalks’ – linear walks which save both the cost and problems of taking a car to the start of a walk, and then having to get back to the car at the end. Fares for an all-day, travel-anywhere Moorsbus Rover ticket are £9 or £4.50 for a child. Single fares are also available and Rosedale to the Moors Centre at Danby costs £3, for example. National concessionary passes are accepted on all Moorsbuses. All the details are on www.moorsbus.org or pick up a timetable in shops and libraries.

So this summer, Rosedale is better connected than ever. The Rosedale History Weekend held at the Updale Reading Room was very well attended, helped by the excellent weather with visitors, many from out of the dale, enjoying a wide display of industrial, social and natural history material on show. The renowned Kildale industrial  historian, Malcolm Bisby gave a fascinating talk on Saturday on the development of the Rosedale branch on the North Eastern Railway and over thirty people (and three dogs) took part in the walks ups to East Mines over the two days 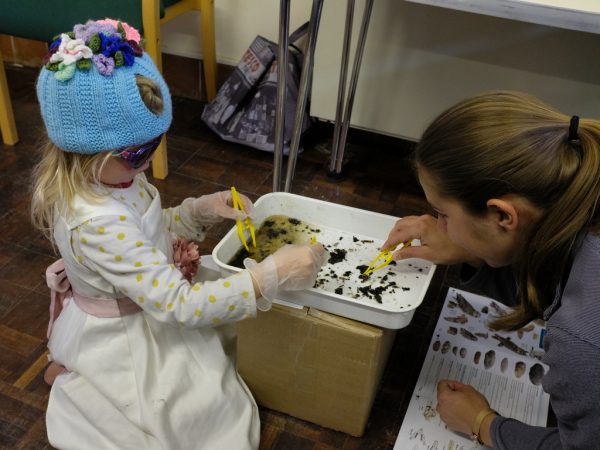 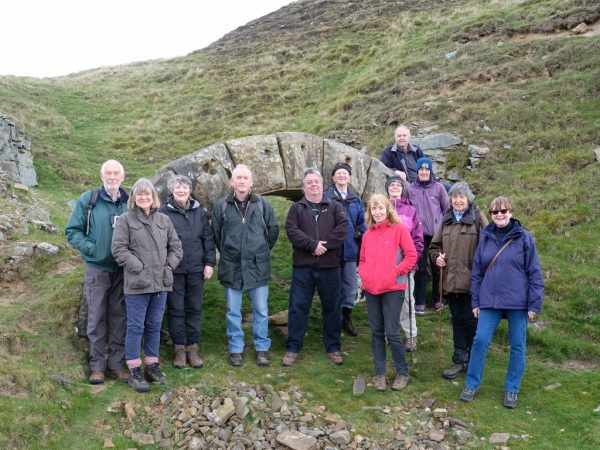 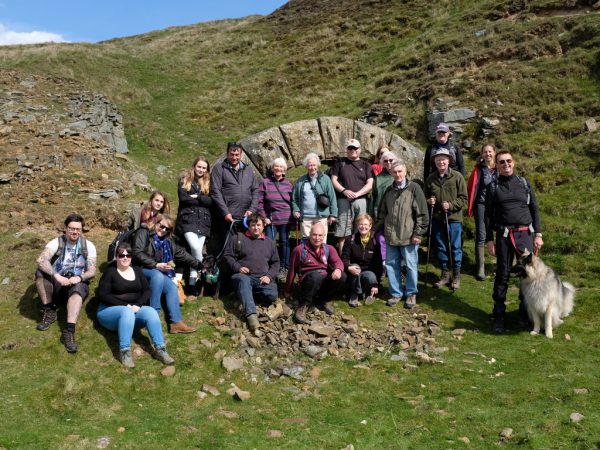 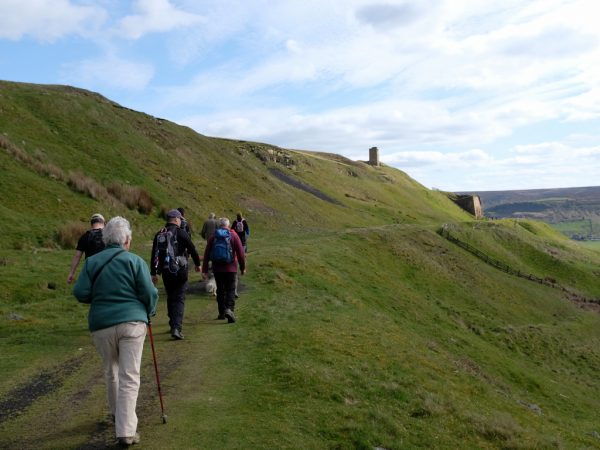 Many thanks to Tom Mutton and Eslpeth Ingleby of the TELI team, to the Ryedale Folk Museum for the loan of mining artifacts, to Janet, Margaret and Carol for the splendid array of refreshments, to the members of the Rosedale History Society who helped host the event and make it such a success and to Jimmy Barraclough for the use of his field for parking. 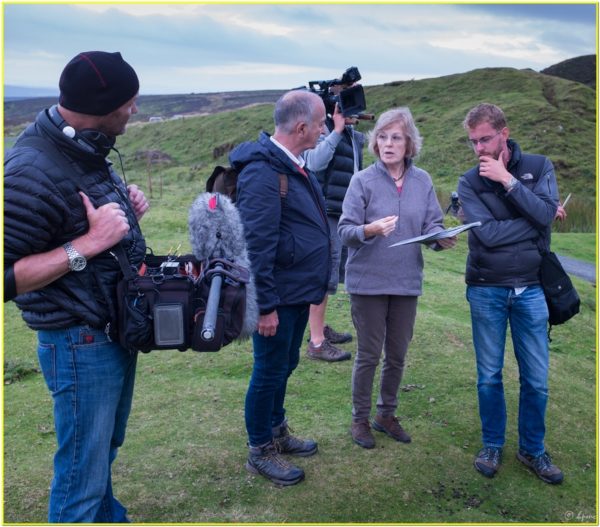 Updating Tony on the history of mining at Bank Top

Oops, a false start! Although the episode of Tony Robinson’s Coast to Coast programme which aired on Channel 5 at 8.00pm on Good Friday was supposed to cover the North York Moors, not much was shown until near the end. However, next week’s programme on Friday 21 April at 8.00pm on Channel 5 will show much more of the NYMs and will include a segment on Rosedale or so we understand. Set your recorders on if you can’t watch at the time, or catch-up later. Should be interesting and a good run-in for the Land of Iron History Days at the Updale Reading Room on 22 and 23 April from 11 to 4.30 pm each day.

Malcolm Bisby’s talk on Rosedale’s mining and railways will be in Rosedale Abbey church at 6.00pm on Saturday 22 April and the walks up to East Mines will start from the Updale Reading Room on each day at 2.00pm. A wonderful bloom of heather across the moors this year, but come soon as it wont’t last long!