Archive for the ‘Rosedale Show’ Category

Sam Dring and John Dent would like to thank all those volunteers who turned out yesterday evening on the Milburn Field for their excellent work in setting up the arenas for the show on Saturday. Finally for now, another plea for those who can spare the time to turn out  on Sunday 16 August to help take it all down again – the Show would not take place without your hard work.

This is a call for volunteers to help the Show Committee set up the Milburn Field on Tuesday 11 August at 6.00pm in preparation for the Show on Saturday the 15th. 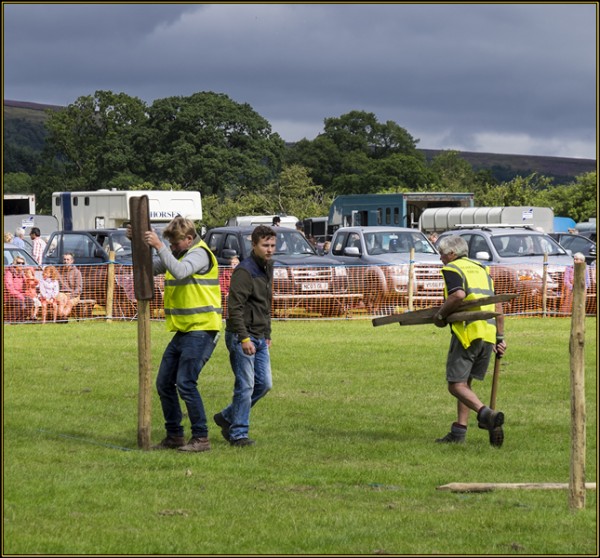 Splitting the ring, or a demo of Fast Fencing from 2014.

No booking necessary – just turn up on Tuesday evening with any tools, sledge hammers etc that may be appropriate, so that we can continue the successful run of Yorkshire’s Best Little Show.

A Big Thank You!

Heartfelt thanks from the Show Committee to all those volunteers from the dale who helped set up on Tuesday and then take down the showgrounds on Sunday morning and also to those who lent their fork-lifts and other kit to help the effort. More thanks to those who manned the gates and marshalled the car parks throughout the day

Splitting the ring, or a demonstration of Fast Fencing.

Early reports suggest attendance was up on last year but the full facts will not be known until the Show Committee meets soon for the usual wash-up.

Finally, put 15 August 2015 in your diaries for an even bigger and better Rosedale Show next year.

Many thanks to all those volunteers who answered the call on Tuesday evening and helped set up the arenas and other display areas for the show.

Nearly ready – now for the weather

Now all we need do is keep our fingers crossed for dry weather on Saturday 16 August –  see you all there.

On the eve of the 100th anniversary of the start of the Great War on 4 August 1914, we should pause to remember those from Rosedale who gave their lives in that horrific conflict.

The memorial at the Updale Reading Room

A number of local history societies, including Rosedale History Society, are staging a Great War exhibition at the NYM Railway station at Pickering for the next week, after which the Rosdale displays will be shown at Rosedale Show on 16 August.

Finally, there is a planned ‘Lights Out’ throughout the nation on Monday night, 4 August, between 10 and 11pm, when all public buildings will turn off all lights except one per building. Private householders are being encouraged to do the same, with perhaps just one candle or similar small light in a window during the dark hour.

A bit of a mixed bag – overcast but clear for the morning and then the drizzle. Entries for most classes were up, but the gate receipts (still counting) are thought to be a bit down on the last two very successful years because, no doubt, of the pessimistic weather forecasts. Rain on its way 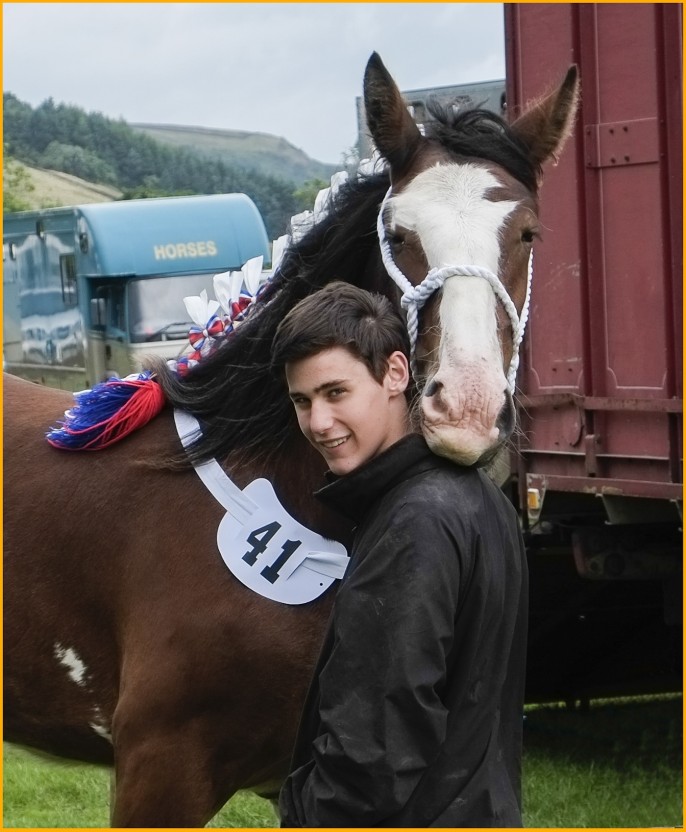 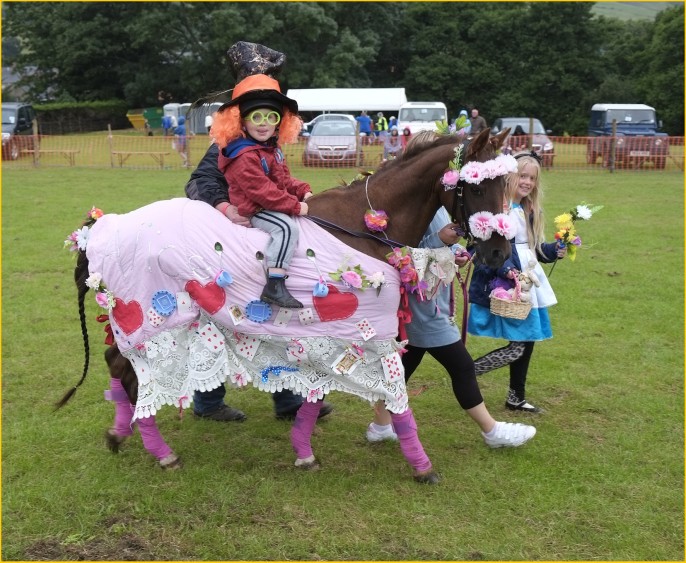 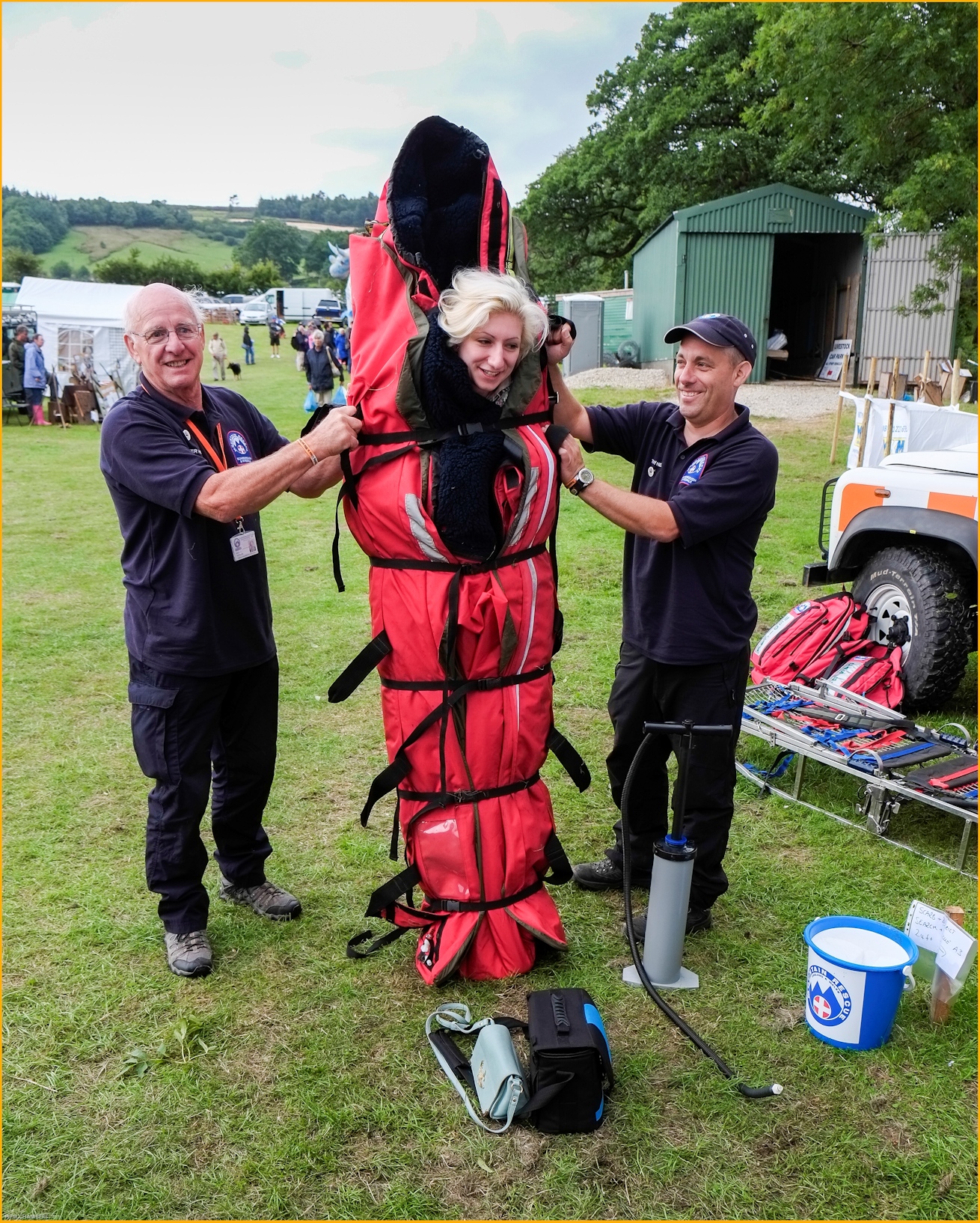 Scarborough and Ryedale Search and Rescue in action 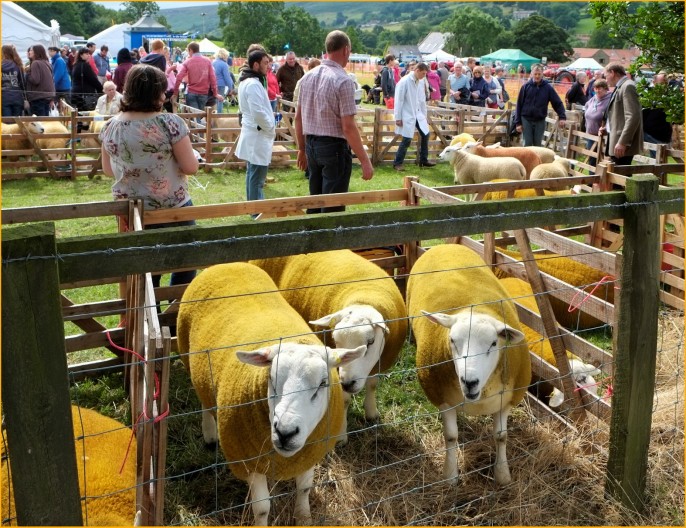 Finally,  heartfelt thanks to all who helped take down the show field on Sunday so efficiently.

This pic (by Jon Zigmond) of the Rosedale Show show set up made the Look North Weather News on Friday night ! Its’ nearly 7am and still sunny !

A heartfelt thanks from the Committee to all who answered the call for help last evening to set up the show field for Saturday’s show. Helping out – the old and the new!

A final plea – don’t forget Sunday morning when any help to take everything back down would be much appreciated.

And also don’t forget to pray for good weather on Show Day!

Get those entries in ! Pick a schedule up in the dale or have a look here for details. http://www.rosedaleshow.co.uk/rosedaleshow/welcome.html

Bring on the 17th August 2013 (Trying really hard not to mention the Decorated Man Cake Class and the fact that the prize has gone over t’border to BOLTON… for the last two years !)