Parts of a second series of the comedy soap opera ‘Bad Move’ are being filmed in the village on Wednesday 16 May. Principally, the action will concern a village parade, hence the straw sheaves on the school railings, the bunting and other items on the village green. The location managers ask that locals do not stand around and watch the proceedings and to avoid parking in the indicated areas. 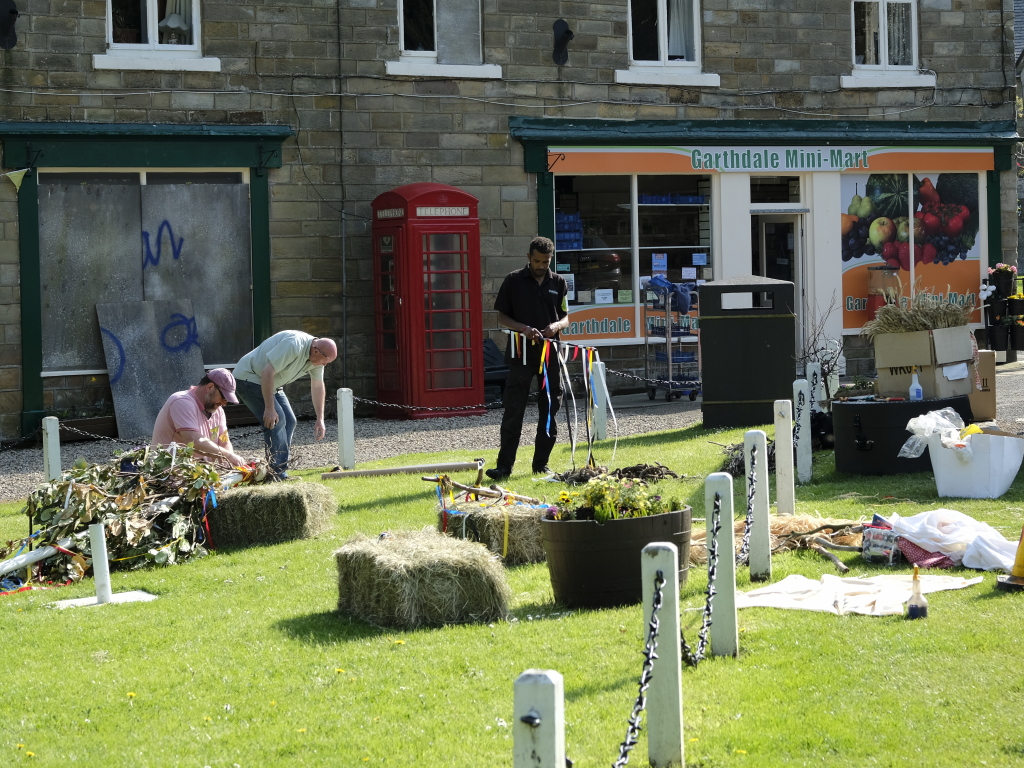 Getting ready for the village fete (not the real one

The transmission dates are not yet known , but will be passed on here when the production people have decided on them.