David Ross and trustees of his foundation visited Rosedale on Tuesday 5 June 2018 to observe progress on the Land of Iron project, to which the Foundation has contributed £300,000. They were briefed in the Reading Room by Tom Mutton, the project manager, before heading out to East Mines on bicycles to see the work that has been done already and to meet volunteers on task on the line. 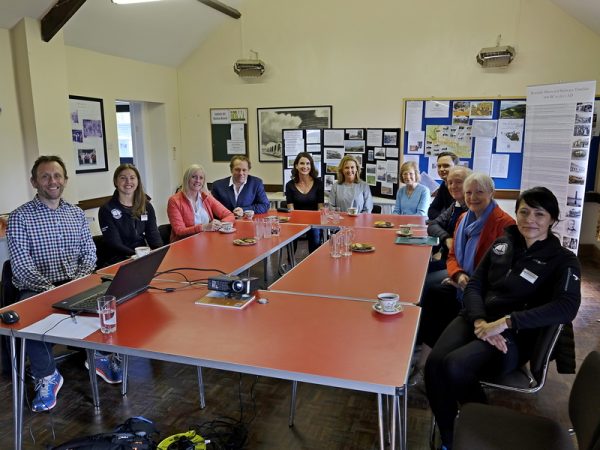 David Ross and Foundation trustees with members of the project team. 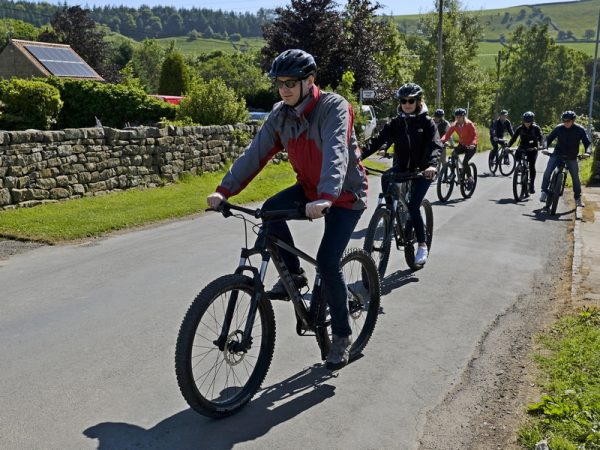 The intrepid band of cyclists head off to East Mines.

Just a reminder that the famous artist, Andy Goldsworthy, will be giving a talk on the art works he has been creating in Northdale, in the Updale Reading Room on Wednesday 13 June starting at 7.00pm